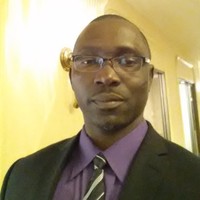 Kermit Grant
VP of Human Resources
"If you are able to say to someone that, 'Hey, you have $50', that's real. As against, 'you have 50 points.' So i think that selecting money as the language, that made it real for people. And I think they are more likely to utilize that than if you were accumulating points."

Breakthru Beverage is a leading North American alcoholic beverage wholesaler, which handles distribution of a number of leading brands, including Smirnoff, Johnnie Walker, and Baileys. The company has over 7,000 employees working across different locations.

After reviewing the results of their annual engagement survey, the Canadian leadership team agreed that they needed to do more to improve employee recognition across teams at Breakthru.

Up until this point, recognition at the company was managed in-house, with little alignment across different teams and locations. According to VP of Human Resources Kermit Grant:
“We were doing recognition activities, but we were pretty much doing it on an individual market basis. The team out west would have their recognition program going on – not very structured, not very consistent. The team in Ontario, the team in the east, they had different things going. So there was nothing that was consistent across the piece.”
Another challenge was that employees had no way to recognize each other.
“There was no way for an employee who may want to give out a shoutout to another employee for doing something that helped them out in a problem, that supported them.”
While the company was providing some budget and resources for recognition, the lack of a coherent, structured program was limiting its impact.

Kermit worked closely with Guusto’s Customer Success team to create a program that would meet their needs.
“I worked with Emma (Wang, Guusto’s Director of Customer Success) initially, and she was great in helping to educate myself, because I've never worked with Guusto before. I think that process was quite simple and she was quite supportive in terms of taking us around the journey, helping to understand what's involved.”
Breakthru’s program combined monetary and non-monetary recognition. Managers were assigned budgets to send Guusto gifts for spot recognition while all team members were given access to Guusto’s Shoutouts feature to send non-monetary recognition to peers. This was particularly important in helping to create a real buzz about the new program across the organization.
“That peer recognition piece, I think those have certainly created a lot of energy across the business.”

Breakthru Beverage’s managers were excited about Guusto from the get-go.
“Even when we launched it initially,  managers, because they had the budget and so on, they were all over it and they said, ‘Oh my God, I really appreciate the company doing this’.”
By May 2022, manager budget usage was tracking at 39%, and improved again to reach 50% in June.

Participation in Guusto’s peer-to-peer Shoutouts program didn’t explode overnight, however. As is often the case when rolling out a recognition program to a very large number of employees, getting people to try out the program and see its benefits isn’t always easy, and Shoutouts participation was tracking at just 8% in May, far short of Breakthru’s target to achieve 50% participation within the first 6 months.

Fortunately, Kermit and his team were able to put their heads together with Guusto to strategize some tactics to build excitement. One thing that had a huge impact was holding a ‘peer-to-peer recognition day’ to encourage people to try out the program.
“In talking with Zsofia (Slamani, one of Guusto’s Customer Success Managers) at the time, we decided to kinda challenge our leaders. We’d just started to get back to having face-to-face meetings, and so the regions were having their sales meetings and I challenged them. I said, ‘You know, this is a perfect opportunity. Select a day, and let's designate that as a peer-to-peer recognition day.”

“And they did that and that's what kind of drove it. So by the end of June, we were at 34%. And, in another three weeks already at 44%. So, the momentum is there and it has continued.”
Crucially, they also tied their Shoutouts program to their monetary program. Using Guusto’s Leaderboard feature, Breakthru now rewards the top 3 Shoutouts recipients and top 3 Shouts senders with Guusto gifts every quarter. This has been crucial in driving participation, creating healthy competition among employees and gamifying the program.

One important reason why Guusto has been so successful for Breakthru is that the rewards offered are valued by employees, who love the choice they have to redeem gift cards for something they really want:
“If we were providing like a gift card before, it might be a gift card for coffee. But someone may not wanna go to Starbucks and probably wanna do something else with it. So when you have a system with a significant amount of providers included, employees are able to make the choice. And I think that's one of the things that Guusto has provided. Employees have the ability to select what's important to them when they get to how they use it.”
Perhaps the best illustration of the impact Guusto has had on Breakthru Beverages culture is a story Kermit share about a recent Shoutout he received from an employee:
“We had one of our sales meetings. I flew into Edmonton and we were at a dinner. This is like a team dinner, but everybody, so you have leaders and employees. I was sitting with one of our employees.”

We're sitting at the table just talking, you know, talking life, talking work, and so on. And then about a week after I see a Shoutout on Guusto. She actually sent a note to say that it was great having conversation. I made her feel comfortable and welcome. She was new. We talked about. the company, we discussed careers and progression and so on. It was really helpful for her.

Irrespective of whatever is going on, when you hear that, it means that you have made a difference with someone and Guusto was there for them to express themselves.

We are in the business of creating engagement and helping people to have a good time, and so we have to do that with our people.”
Kermit feels that this story illustrates how Guusto gives his team an outlet to express appreciation where they otherwise wouldn’t.
“I think that potentially, she would not have sent a note to say thank you for the time, but because Guusto was there this is this system that enabled feedback like that, right? And she was able to utilize it and express her experience there. So I think the fact that it is there, the fact that it is accessible, will let people use it.”
See why we’re the number one recognition software
Book Demo

Check out our awards